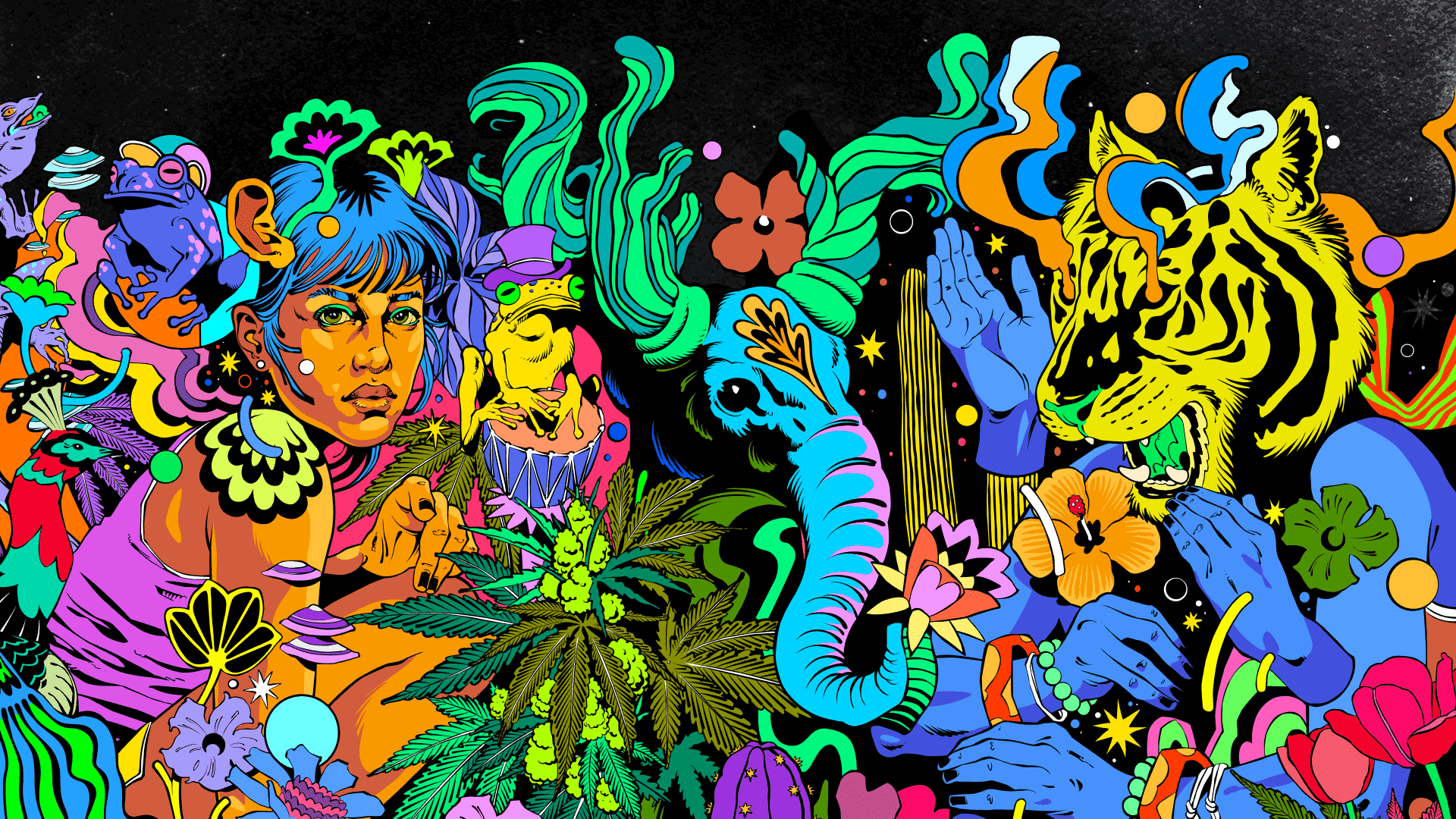 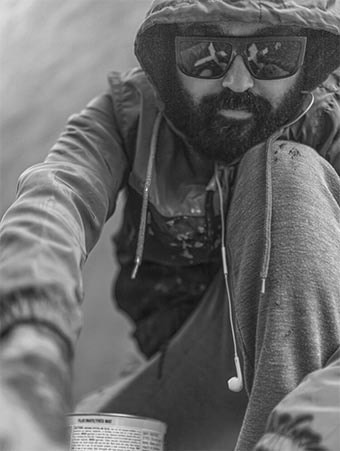 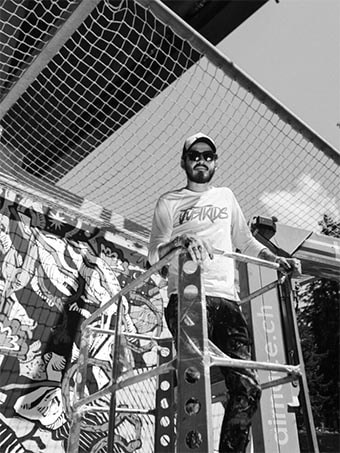 Bicicleta Sem Freio (“Bicycle Without Brake”) is the internationally acclaimed Brazilian duo of illustrators and muralists, Douglas de Castro and Renato Reno. They have accomplished in a couple of years what many hope to do in a lifetime. Founded in Brazil in 2005 and mostly inspired by rock illustrations and posters at the beginning, they became internationally famous for their hand-drawn illustrations and for their large-scale public artworks around the world alongside collective Justkids. Their work can be seen in major cities like London, Berlin, Hong Kong, Miami, Las Vegas, Montreal or Los Angeles, Portugal and Jerusalem to name a few.

Their sophistication is revealed by the complex yet harmonious layers of ideas they depict and the myriad of references suggested, showcasing an ironic pop iconography and an unexpected juxtaposition of tropical colors to rock’n roll edge in their provocative imagery. More than enough to keep your eyes wide open and plenty to mesmerize you without brake! 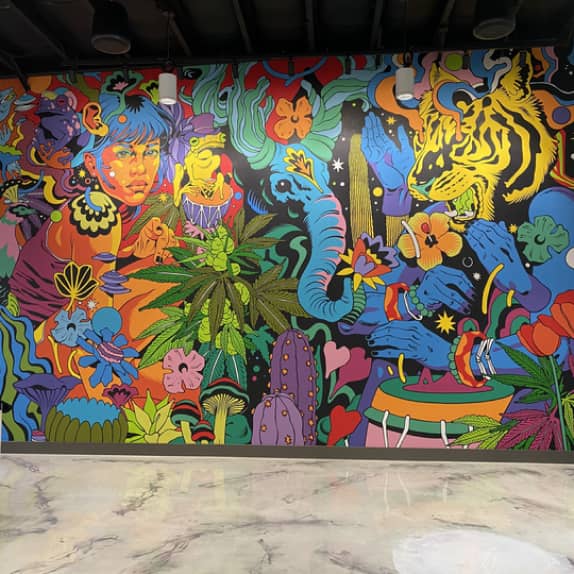 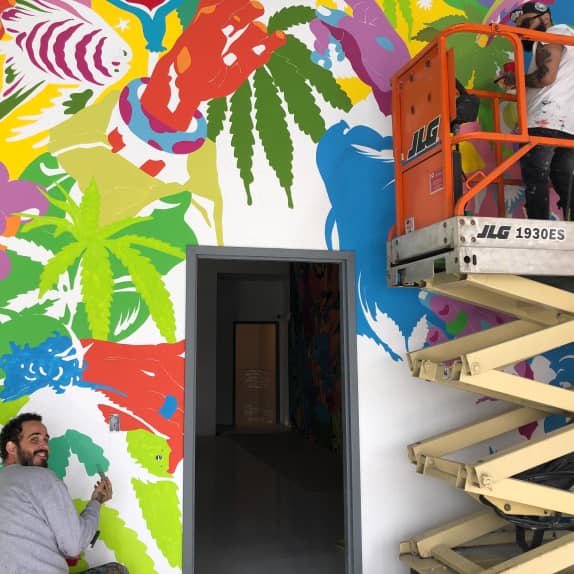 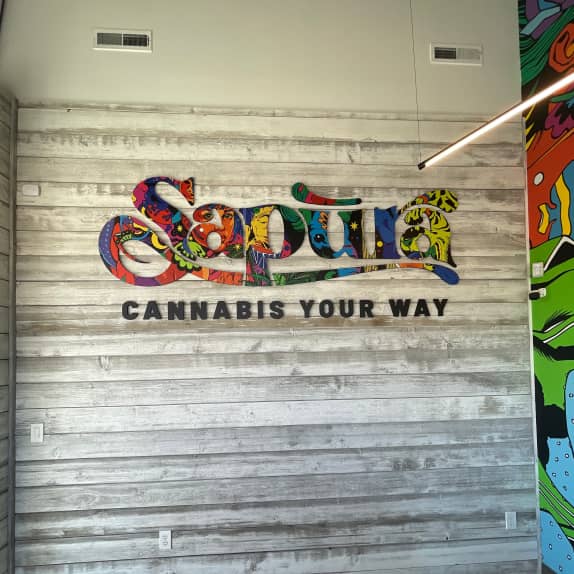 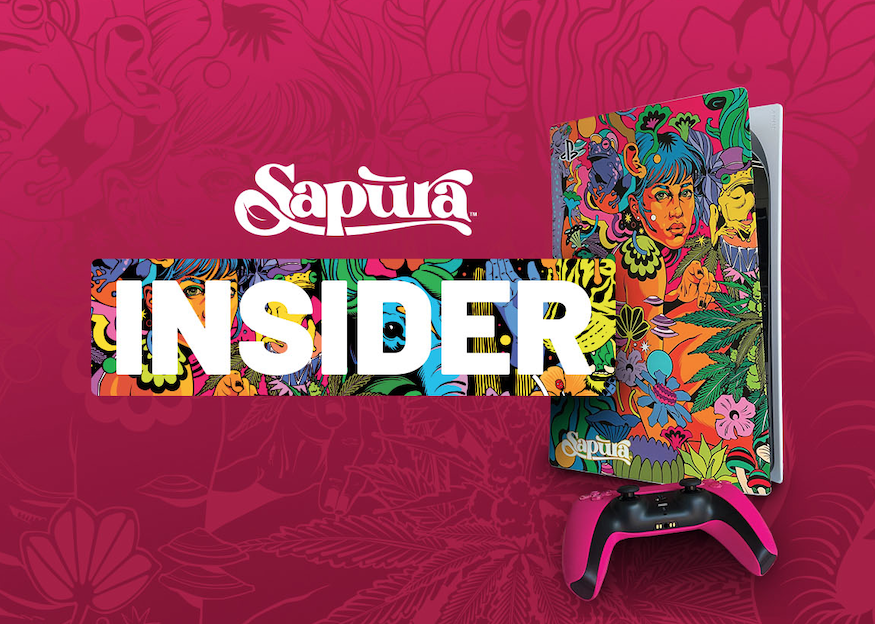 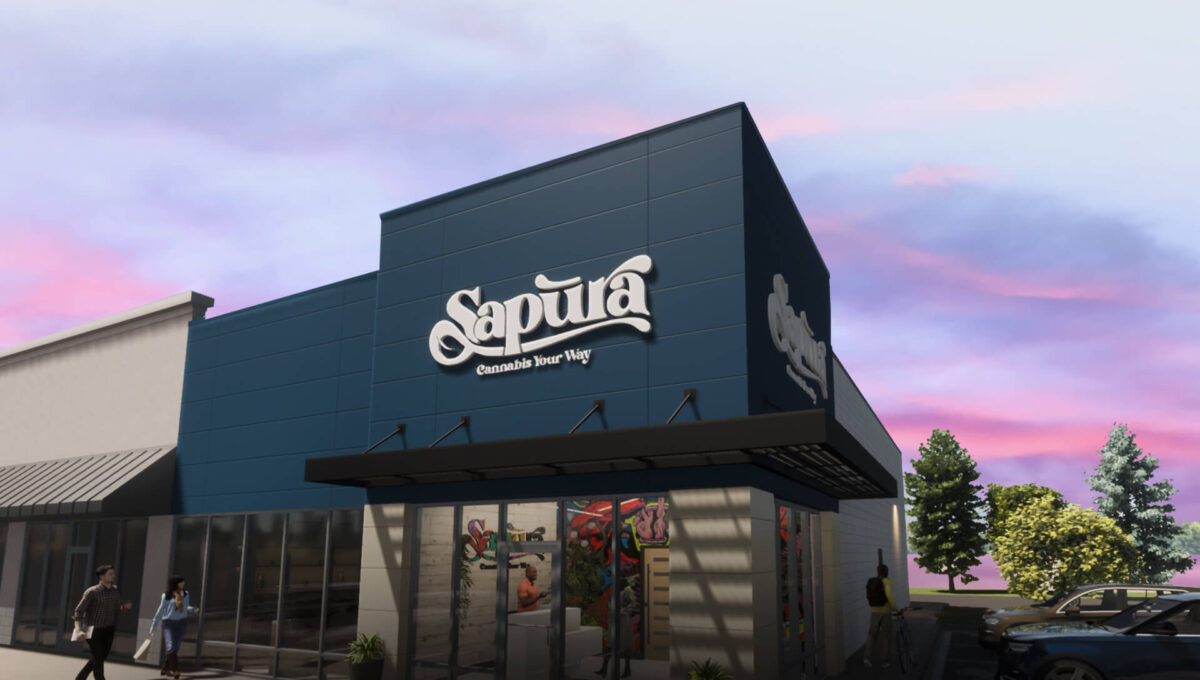